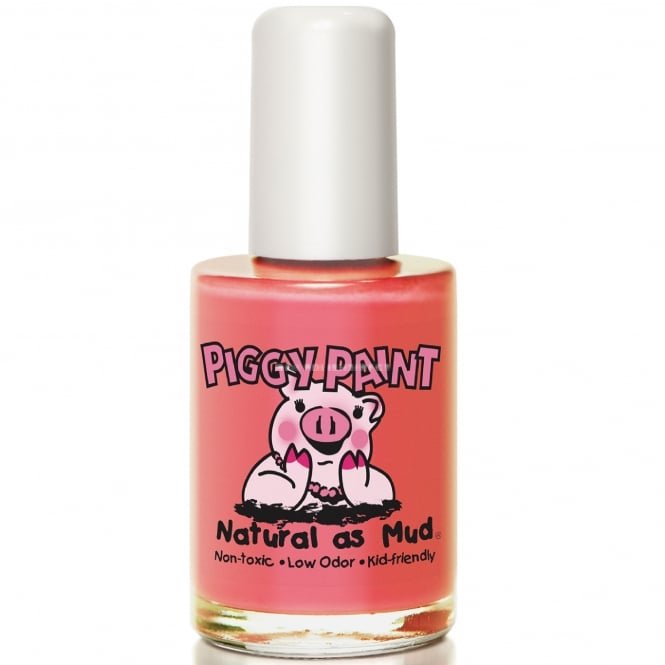 Code: LAU1912
Code: LAU1912
Select Next Day Delivery At Checkout, Order within for delivery on Wednesday 27th May
Item(s) in Stock Item out of Stock | Usually dispatched within 24 hours
Loading...
Next Day Delivery Available Order Before 3pm Mon-Fri
Official UK Stockists The UK's Largest Online Stockist In The Nail Industry
100% Secure Online Norton safe web certified, safe and secure.
Low Price Guarantee We promise you the lowest price available each and every time.
Share
Ask a Question
Email a Friend
Add To Compare

For the past 8 years, Piggy Paint'ªs mission has been to create; non-toxic, premium products. Products that are worry-free and completely safe for kids. With an ethical, eco-minded vision, their company strives to offer the most natural nail polish on the planet. An advanced, water-based formula that is better than 3 free, better than 5, 7, or 10 free 'Ò it'ªs free of ALL harsh chemicals!

Melanie Hurley, founder of Piggy Paint. A mum of two girls, who love to have their fingernails painted. She has always hated the thought of her children putting their hands in their mouths after she had painted their nails with traditional kid polishes. Not only did the ingestion of the chemicals worry her, but the smell nearly left her light-headed after painting two sets of fingernails and toenails.

One day whilst they were painting nails over a foam plate, her daughter dropped a glob of her solvent-based polish onto the plate. Shortly after, the paint began to bubble and 'Ïate' through the plate. She looked in dismay at the hole in the plate and decided to test all of her other 'Ïkid' polishes on the foam. Within minutes, ALL of the solvent-based polishes began to bubble and eventually left big holes in the plate. From that day on, Melanie decided that any flammable substance that could eat through foam was unacceptable for her children'ªs fingernails, which would inevitably end up in their mouths.

Her quest was on, and Piggy Paint was born. As you may have guessed, their polish is NOT flammable and sits beautifully on the unaffected foam. Enjoy this water-based polish that is specially formulated of natural ingredients. Finally, a kid-friendly polish without the accompanying drawbacks of traditional polishes.

made in the USA!

From their heart to yours, they hope Piggy Paint takes the worry out of painting your nails and puts the fun back into this enjoyable activity you can share with your daughter and other precious girls in your life.

Our website has undertaken a number of stringent independent tests to ensure it is fully secure.

We have a choice of payment options

You can use a number of payment options to buy from our website.  These include all forms of credit or debit card, Paypal, Google Wallet.